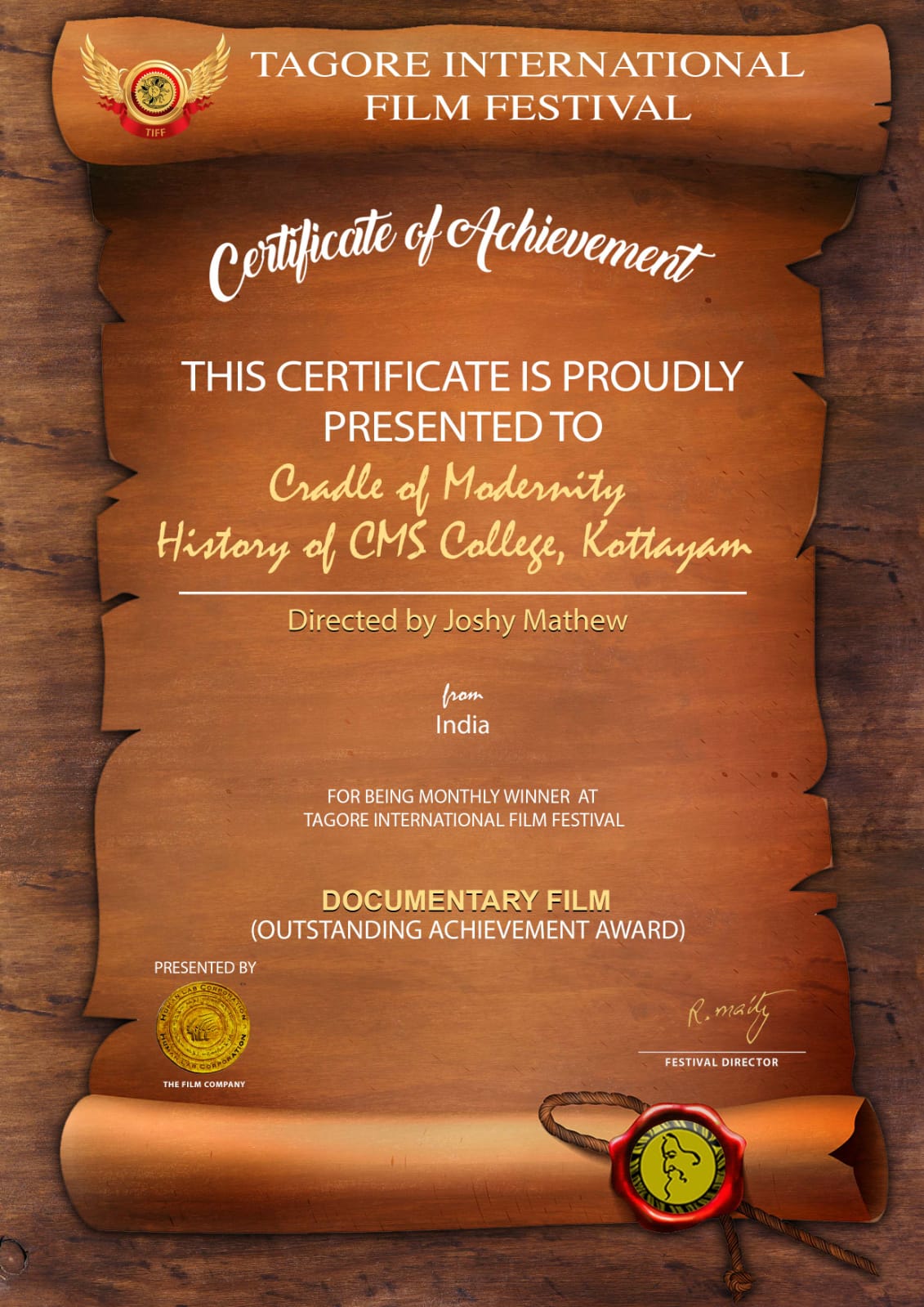 CMS College documentary ‘Cradle of Modernity – History of CMS College, Kottayam’ bags the Outstanding Achievement Award in the documentary category at the 29th season of Tagore International Film Festival (TIFF). Being the monthly winner, the documentary is also selected for the SUN OF THE EAST AWARDS gala which will take place every year at the most prestigious auditorium of Bolpur.

Through the story of the first college in India, this documentary attempts at enquiring into the role of this great seat of learning in introducing the concept of modernity in Kerala, and reformations in the church, Kottayam, Travancore, Kerala, India and the British empire. It portrays the cultural past and social fabric of Kerala from a diverse angle forming an enhanced perception of modernity and reformations in the country.