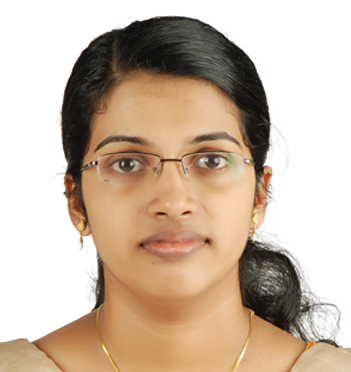 My area of research is Space Plasma Physics. My major research interests include studies on plasma waves in multi-ion, dusty, cometary and space plasmas.

More than 90 % of the material in the visible universe is in the “plasma state”. Any state of matter that contains sufficient free charged particles with its dynamics dominated by electromagnetic forces is identified as plasma. Comets are the remnants from the formation of the solar system about 4.6 billion years ago and so cometary research can reveal us a lot of information about the inception of the solar system.

A cometary plasma is a genuine multi-ion plasma with solar wind protons and electrons, positively charged ions (resulting from the photo-dissociation of water molecules) as apparent constituents. In addition to the normal multi-ion plasma, cometary environments include an admixture of charged component of micron- or submicron-sized dust particulates; hence called “dusty plasmas”.

A cometary environment has more than one component of electrons and, recently, the electron distribution around comet 67P/Churyumov-Gerasimenko was modelled by a superposition of two kappa distributions. All bodies of the solar system are submerged in and interact with the continuous emission of magnetized plasma from the Sun. The swiftly variable cometary environment relies emphatically upon the distance to the Sun. The activity is at the origin of the coma, which comprises a gaseous and a dusty component. There are two plasma types at a comet: (1) the light solar wind ions, and (2) the cometary plasma, which usually consists of heavy ions that are produced from the ionisation of the neutral gas that surrounds a comet nucleus. The inclusion of the slow, heavy cometary ions to the high velocity solar wind results in the modification of both the cometary and solar wind plasmas. Due to the non-magnetized nucleus, all magnetic fields estimated at a comet had to be of solar wind origin.

In our research, we use various kinds of non-linear partial differential equations along with their solutions to study the characteristics of the non-linear plasma wave structures namely, solitary waves, shock waves, dromions and so on. The cometary environment is a natural space laboratory for the examination of dust-plasma interactions. Yet, cometary space missions have not substantially discovered many of the expected instabilities, and they could not convincingly explain many of the noticed wave activities, indicating that there remains sufficient space for theoretical analyses aimed at the explanation of experimental cometary data.

Our investigations can be applicable to any comet, though we have limited our study to the environment of comet Halley. Cometary missions such as ICE at comet Giacobini-Zinner, Giotto, Vega I and Vega II at comet Halley and finally, Rosetta mission at comet 67P/ Churyumov-Gerasimenko do have recorded and reported some of the non-linear localised structures in cometary environments. As such, it is expected that further studies underpinning the combined effort of space missions, laboratory experiments and theoretical enquiries would provide newer perspectives into the origin, composition, and evolution of comets.